Top 10 People Changing Education As We Know It

Education remains a hot-button topic, with politicians, teachers, and parents continuing to battle it out over numerous issues.  One factor that individuals on opposite sides of the debate can agree on is the importance of education. "A child without education, is like a bird without wings."

Here, we highlight some of the major players in education around the world, whose contributions may change education for decades to come.

Diane Ravitch is an education policy analyst.  Previously, she was a U.S. Assistant Secretary of Education.  Ravitch's years of experience working in the government shaped her approach to education and gave here a unique perspective which she brings into all aspects of her work.  The American Program Bureau explains: Drawing on over 40 years of research and experience, Ravitch is the nation's leading advocate for public education.

Michelle Rhee founded StudentsFirst, a non-profit organization that works on education reform issues such as ending teacher tenure.  In 2014, Rhee announced her intention to step down as CEO of StudentsFirst.  She also announced her new position as board chair for St. Hope Public Schools, a Sacramento-based charter school system.  This link leads to an article written by Rhee, on what inspires her to help make change.

Sir Ken Robinson is an internationally recognized advisor on education.  He challenges the way that we are educating our children.  He champions a radical rethink of our school systems, to cultivate creativity and acknowledge multiple types of intelligence.  According to TED.com, Sir Ken Robinson believes that we are educated to become good workers rather than creative thinkers.

Malala Yousafzai is a Pakistani activist for female education and the young-ever Nobel Prize laureate.  As a young girl,she defied the Taliban in Pakistan and demanded that girls be allowed to receive an education.  Yousafzai's advocacy has grown into an international movement.  This link leads to a wonderful story about a 'Teen Queen' inspired by Malala.

Ken Carter is an education activist and former basketball coach.  In 1999, Coach Carter locked out his undefeated team for not honoring academic and behavioral contracts.  The story of the 1999 season is the basis for the 2005 film Coach Carter, with Carter played by Samuel L. Jackson.  Coach Carter Impact Academy is an unconventional boarding school founded in 2009.  The academy is known to have a strict academic and athletic atmosphere.

Mike Johnston is a state legislator in the Colorado Senate and a policy adviser to New Leaders for New Schools.  He truly understands the importance of education:  Johnston served as an informal adviser on education policy to the Obama administration in 2008.  Mike Johnston was name to Time Magazine's "40 Under 40" and Forbe's Magazine's list of "Most Influential Educators."

Kaya Henderson has served as Chancellor of DC Public Schools (DCPS) since November 2010.  Under Henderson's leadership, DCPS has become the fastest-improving urban school district in the country.  Henderson has championed the launch of a range of innovative programs - such as blended learning, the Schoolwide Enrichment Model and extended-day - to increase academic achievement for all students.  According to The Georgetowner, Henderson had been Michelle Rhee's right-hand person for years, first at the New Teacher Project, then as Deputy Director.

Geoffrey Canada is renowned around the world for his pioneering work helping children and families in Harlem, and as a though leader and passionate advocate for education reform.  Since 1990, Canada has been president of the Harlem Children's Zone in Harlem, New York, an organization that increases high school and college graduation rates among students in Harlem.  According to Time Magazine, Canada has shown time and again that education is the surest path out of poverty.

Joshua Wong Chi-fung is a Hong Kong student who is the founder of Scholarism.  The group is know for its stance on defending the autonomy of Hong Kong's education policy from China's unconstitutional interference.  According to the South China Morning Post, in January 2015, four Scholarism members--including Wong--were released without charge over their role in Occupy Central protests.

John Hunter is an award-winning gifted teacher and educational consultant who has dedicated his life to helping children realize their full potential.  John Hunter puts all the problems of the world on a 4'x5' plywood board - and lets his 4th-graders solve them.  According to the Corvallis Advocate, Oregon Fifth graders recently began to play the World Peace Game.

The Race to the Top Education reform competition may continue to face criticism yet we cannot give up.  The importance of education is equal to the importance of freedom and justice. 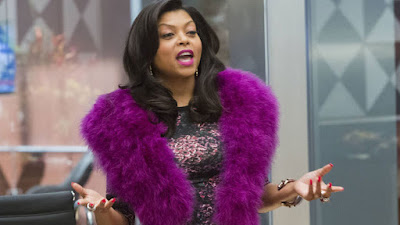